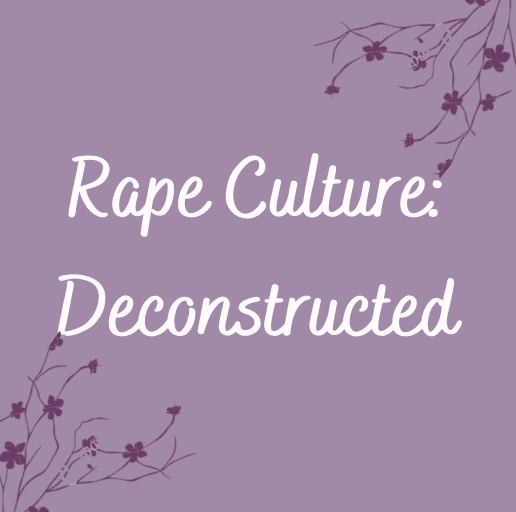 April is Sexual Assault Awareness Month. One in six American women have survived a completed or attempted rape (14.8% completed; 2.8% attempted). 33% of women who have been raped contemplate suicide.

Of 1000 sexual assaults, 230 are reported and 5 of them result in a conviction. Rape Culture and the Patriarchy maintain these statistics. As a therapist specializing in working with young women who have experienced sexual abuse, a good portion of the work my clients and I do is spent challenging internalized messages about their experience from the Patriarchy so their healing process can begin. Here’s some of the internalized messages that we challenge and deconstruct:

There’s no such thing as non-consensual sex; there is fully, 100% consensual sex and there is rape. Manifestation of a gray area perpetuates Rape Culture.

These cultural beliefs support not only rape but also support sexual harassment, battering, sexual murder, and other forms of violence against women. Rape myths obscure the high prevalence rates of rape and they justify and normalize the occurrences of rape. Rape myths also divert attention for the causes of rape from societal structures (i.e. the Patriarchy) by blaming the individual victim. When the victim is blamed, harmful societal (patriarchal) structures are not challenged nor changed.