The Truth About Premature Ejaculation 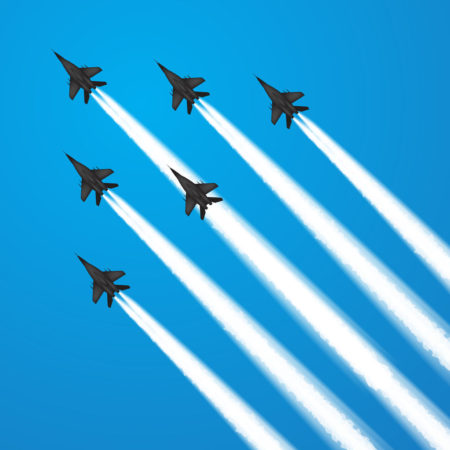 The truth is, the assumptions and myths of one’s sexuality are set incredibly high. And although no one likes to talk about it, premature ejaculation (PE) can be a heavy burden to bare when you don’t know if you actually have it after that late-night WebMD search or those flashbacks to that one awkward night in College.

So, we’re going to bust those myths and get to the truth of PE.

First, What Exactly is PE?

Premature (also called rapid or early) ejaculation is defined by the DSM V as: a persistent or recurrent pattern of ejaculation occurring during partnered sex within 1 minute of vaginal penetration AND before the individual wishes it, for at least six months and present in 75-100% of sexual activities, causing significant distress, and isn’t due to other significant disorders/stressors in the individual’s life. Premature ejaculation (PE) can be lifelong or acquired. For the intents of this article, we will focus on acquired PE, which means the disturbance began after a period of relatively normative functioning sexually. While 20-30% of men report being concerned with their sexual longevity, only 1% actually qualify for the diagnosis. Premature ejaculation (PE) can be lifelong or acquired.

What Should I Look Out For?

Other factors to consider are if the PE is happens every time or only sometimes. Acquired PE can occur due to any of the following: neurological, genetic, physical illness, drug side effect, psychological distress, relationship distress, or psychosexual deficit skills. While this list is not exhaustive, it is a start in considering where to begin when dealing with premature ejaculation.

When starting with a client that reports experiencing PE, I recommend having him visit his doctor and/or a urologist to rule out that there could be a biological/physiological component to the disorder. Once all medical options are ruled out (or diagnosed and treated concurrently), the client may also need to be assessed psychologically about his PE. How long the problem has been a problem, who defined it as a problem to begin with, what his stroke/thrust number is (measured in strokes from entering the vagina until ejaculation; can also be measured in minutes), if any of this differs from when he masturbates, what is foreplay like for each partner, and what are the expectations that he has for his future sexual performance. A man struggling with PE may also be struggling with anxiety or depression, which can be addressed within the problem as well as life itself. How a man copes (or doesn’t) with stress, feeling down, or being anxious can be very telling.

Men are fed multiple myths that create the notion of these impossibly high standards that he must strive to meet as a man, especially sexually. No man is a 12-inch rod of hot steel that stays hard all night and makes a woman come just from pounding into her repeatedly. First, the average sexual experience is around five and a half minutes, from entry to end (Journal of Sexual Medicine 2005). Most women come from clitoral stimulation, not vaginal. Sex is also not just a penis in a vagina. Sex can be a multitude of definitions and ways to express desire and intimacy. Men need to know that there are other things that can be done for the experience to be considered fulfilling for both partners. As for size, well…. the average American male has a penis size of five inches erect, give or take.

Dr. Zilbergeld (1992) recommends that men spend time documenting these mistaken beliefs about sex and the negative flak he gives himself in response to not living up to those fictional standards. Part of the process of treating such things like acquired PE require getting the mind right and in line with the goals the man has for himself sexually. Low self esteem and/or lots of negative self talk will not enable a man to physically achieve his goals. The mind’s thoughts help create how people perceive the world. So, if thoughts are similar/equal to reality, negativity will only perpetuate the problem.

What Are Some Treatments?

Think about where the sex life is. What is foreplay like? Does either partner have fantasies that could maybe be introduced to the repertoire? Start expanding the sexual horizon within the couple. Maybe he has great oral sex skills. Perhaps the couple has sexual interests that have never been addressed that draw the focus away from the longevity of penetration and can bring them enjoyment in other ways, such as toys or kink. Also, find out what his refractory time is, and if sex can be attempted right (or soon) after the initial ejaculation. Typically, men with PE have lower refractory periods and can go another round soon after.

This only provides an overview of acquired PE, and is by no means meant to be a substitute for treatment. If you (or someone you know) may be suffering, get him to talk to a doctor or a therapist. If he is distressed, he doesn’t have to live within those constraints forever. Treatment is available and can be quite beneficial. Check out aasect.org or psychologytoday.com for a list of therapists in your area that can be of assistance.